We’re All In This Together: What It Means to be An ‘Employee-Owned’ Business 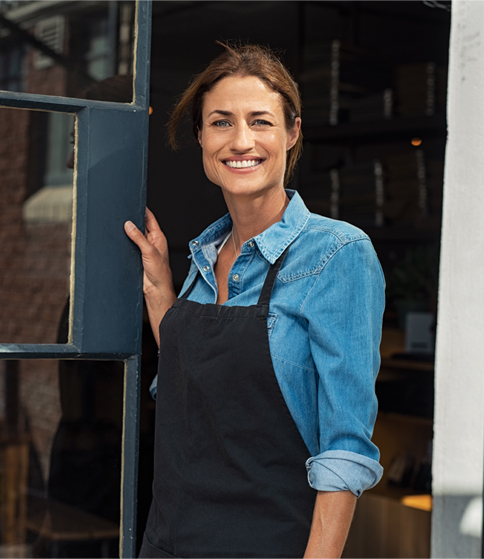 It stands to reason that when people have an ownership stake in something, they will usually work harder and smarter to make it successful. This is the thinking behind offering company shares to employees.

The most common method for creating employee-owned companies is to establish an Employee Stock Ownership Plan, or ESOP. There are currently more than 6,600 ESOPs in the U.S. covering more than 14 million employees, according to the National Center for Employee Ownership (NCEO). ESOPs are found in many different industries but they’re most prevalent in manufacturing, professional services, finance/insurance/real estate, and construction.

“Just about every ESOP company wants to have employees who think and act like employee-owners,” says NCEO Executive Director Loren Rodgers. “Compelling research and decades of experience show that employee ownership is in fact a powerful tool to improve corporate performance.”

In particular, Rodgers encourages businesses build a culture that encourages ownership. “Companies that have these high-involvement, idea-generating cultures generate an incremental 6 percent to 11 percent added growth per year over what their prior performance relative to their industries would have predicted,” says Rodgers.

ESOPs are also a great way to motivate and reward your best employees. This, in turn, can have a positive impact on morale, loyalty and productivity. Studies have demonstrated that employees who are also owners tend to work smarter and harder than non-owner employees and exhibit higher degrees of corporate loyalty. This can lead to faster growth and higher profitability.

“Employee-owned companies tear down the walls that have traditionally pitted management against labor,” said Forbes Entrepreneurial contributor Darren Dahl in an article published on Forbes.com. “This typically results in a very collaborative and transparent culture where everyone is pulling for the same goals.”

Guidance in Building an Ownership Culture

The NCEO offers specific guidance in creating an ownership culture, including the following steps:

“Creating high-engagement cultures is hard work, but it’s work that pays off,” says Rodgers. “We know of very few companies that backed away from these systems once they started them, although systems are often changed.”

How to Set Up an Employee-Owned Company

When offering company shares to employees, your business will make tax-deductible contributions of shares or cash to a tax-exempt trust. The cash will be used to buy shares on behalf of employees, who will pay no income tax until they receive the shares later. Contributions can be allocated to employees in proportion to their salary or based on how many years they’ve worked for the business. Both contributions and earnings will accumulate on a tax-deferred basis.

Profits are taxed at the employee’s marginal tax rate during the year when shares are sold. However, employees can defer taxes by rolling over the proceeds to another retirement plan, such as an IRA or new employer’s 401(k) plan.

Proceeds from the sale of ownership shares by a C corporation to an ESOP are taxed at preferential long-term capital gains tax rates, which are currently capped at 20%. Under Section 1042 of the Internal Revenue Code, these capital gains can be deferred if the proceeds are reinvested in qualified replacement property. While S corps don’t qualify for preferential Section 1042 tax treatment, they aren’t subject to income tax on earnings. Instead, employee-owners pay income tax on distributions when they receive them.

Role of ESOP in Succession Planning

An ESOP could be the key component of your business succession plan by allowing you to exit your business gradually over time, liquidating portions of ownership a little at a time. This way, you can maintain a majority controlling interest and remain active in the business, gradually phasing yourself out over several years.

In addition, you can structure the payout from the business’ sale to coincide with your income needs after you exit. This way, you can create a steady stream of income to meet your retirement living expenses if you choose.

Early planning is one of the biggest keys to ESOP success. Ideally, this should begin years before you’re ready to start transitioning ownership. As you begin planning, think about questions such as:

The last question is especially important because not all employees have the kind of entrepreneurial mindset needed to be owners. However, the ongoing success of your business will depend on having enough employees with entrepreneurial skills and instincts who can serve as successor leaders after you leave. Therefore, you should start identifying the next generation of leadership years before your planned ESOP so you can begin preparing them for their future leadership roles.

There are a few potential drawbacks to ESOPs that you should consider. For example, upfront and ongoing administrative expenses can make ESOPs cost-prohibitive for some small businesses. A minimum number of employees (such as 20) may be required for an ESOP to be financially feasible.

Establishing an ESOP can also be labor- and time-consuming for both you and your key executives. Be sure to weigh these factors against the potential benefits as you think about whether offering company shares to employees is the right strategy for your business.

Getting It Right: Employee or Independent Contractor?