Remain Vigilant of Workers’ Compensation Insurance Fraud With These 10 Tips 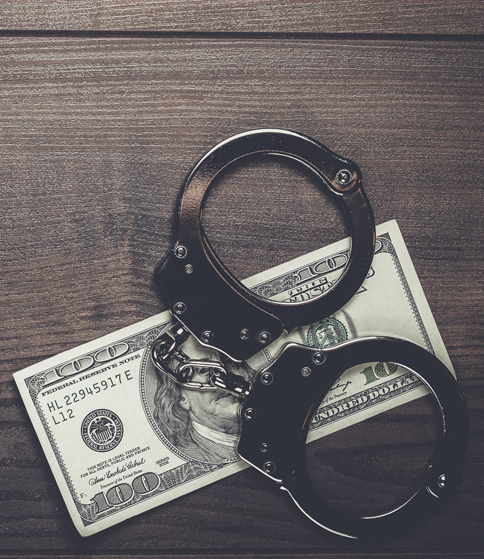 Workers’ compensation claim-related fraud happens when employees falsify or misrepresent workplace injuries to collect benefits to which they are not entitled. In practice, this type of fraud is often a completely false injury, a legitimate injury sustained while away from the job, or a legitimate injury sustained at work that the employee exaggerates or prolongs to avoid returning to work. It costs American businesses $80 billion a year, according to estimates by the Coalition Against Insurance Fraud (CAIF). This includes the nation’s more than 1 million retailers, whom fraudsters often target.

Claim-related workers’ compensation insurance fraud is not a victimless crime. Every year, it results in perpetrators stealing millions of dollars from their employers, deserving co-workers and their co-workers’ families. Workers’ compensation insurance fraud ultimately places an increased financial burden on small business retailers that can lead to lost jobs, lower wages and benefits, higher costs for goods and services, lower profits, and potentially higher insurance premiums.

What To Look For

Here are 10 potential indicators of claim-related workers’ compensation insurance fraud we often see in retail establishments. Keep in mind that any one of these signs on its own may likely be benign, but a combination of these red flags could signal that something is amiss:

“Often times, a dishonest worker will claim they got injured on the prior Friday, or the last day they worked, and they’ll report it on Monday morning as soon as they get into work,” King said. “They don’t want to pay for the health care or they don’t have health care. So, they will limp to work and claim they just injured themselves. Once we dig in, we usually discover they went to the emergency room and found out their medical bill was going to be a lot of money and they left.”

Nearly 60% of small business owners told EMPLOYERS their biggest red flag is an employee with a history of claims.

“Another red flag is if the claimant has a history of false and exaggerated workers’ comp claims,” King said. “You want to look for and question claimants regarding gaps of employment or frequent job changes. You can’t ask them about injuries, according to state laws and state rules in employment. But if you see a gap in employment and frequent job changes, that could be an indicator that maybe something is going on.”

An Ounce Of Prevention

King also recommends retailers install video cameras within and around the business to act as an ever-present eyewitness that can bolster or contradict workers’ compensation claims.

“We’ve had several cases that were prosecuted based on the store having their own video surveillance cameras. They’re very affordable now compared to what they cost in the past,” he said. “To have working surveillance cameras and the ability to retain video footage inexpensively for a long period of time helps employers build a strong case against employees who may be trying to take advantage of them.”

EMPLOYERS sees plenty of cases where video surveillance in a retail operation proved all the difference in the battle against workers’ compensation fraud.

A California retailer we insure had a cashier claim battery in an attempt to collect a workers’ compensation insurance benefit. Prior to the claim, her manager had written her up several times for behavioral and productivity issues. In addition to reporting the claim, she filed a crime report with the local police department accusing her manager of battery. She also sought treatment at a local hospital.

The retailer disputed the validity of her claimed injuries and was able to provide video surveillance footage showing what really happened — her manager lightly tapped her between the shoulder blades to get her attention for a work-related matter.

The area District Attorney’s Office filed three counts of insurance fraud against the employee: two counts for presenting a fraudulent insurance claim and one count for falsely reporting a crime. She pleaded guilty to all charges and was placed on summary probation. She was ordered to complete 45 hours of uncompensated community service and had to pay full restitution to the insurance company for the claim. The fraudulent claim was also reported to the California Workers’ Compensation Insurance Rating Bureau and removed from the small business owner’s workers’ compensation claim rating history.

As in this case, you should always and immediately report suspicious claims to your workers’ compensation insurance carrier’s Claims Department and Special Investigations Unit, or to the appropriate law enforcement authorities for investigation.

EMPLOYERS staffs an experienced Fraud Investigations Department to help put policyholders’ minds at ease and keep their businesses running smoothly. It also offers a fraud hotline as an excellent resource for business owners who are suspicious about a claim or want additional guidance on fraud prevention.

Most injury claims are legitimate but it’s important for retailers to know how to spot the ones that may not be. By recognizing the most common red flags and understanding how to act on them, small business retailers can protect themselves and their honest employees from the negative repercussions of workers’ compensation insurance fraud.