This article is part of our "Road to Recovery: Restaurant Reopening Tips" series, sharing information on topics surrounding the Coronavirus pandemic and food service, from the future of the industry to operational advice and more. Business regulations may vary by state and locality, please consult local government resources before making business decisions. 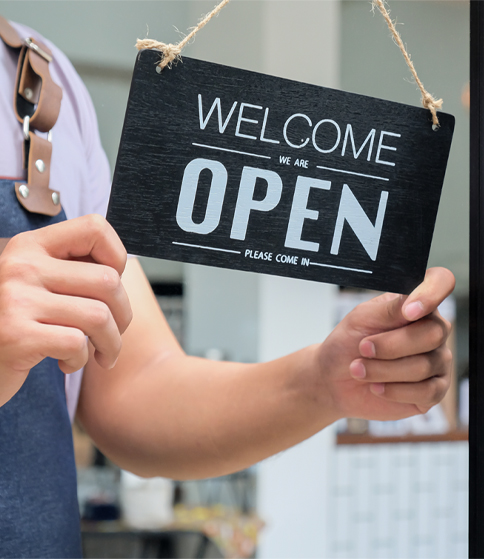 “The U.S. restaurant industry has been on life support for the past 10 years,” says Dave Nayfield, chef-partner at San Francisco’s Che Fico, in an article he wrote for Business Insider.  “If it wasn’t a global pandemic, it would have been something else spelling our demise.”

Nayfeld is just one of many top chefs speaking out on behalf of the entire restaurant industry, which he believes is widely misunderstood by the public and the government. Here’s more on what these expert restaurateurs are doing to progress as restaurants start to reopen in the wake of pandemic.

On his podcast, Momofuku chef, restauranteur and media mogul David Chang said that the way restaurants did business prior to the pandemic “is going to be in the Smithsonian in 20 years as something we look back to.” But, why is that?

While chefs like Nayfeld and Chang are using their platforms to educate restaurateurs on tough realities, others are tackling industry stresses at the government level. A coalition of Michelin-star chefs have come together, including Wolfgang Puck and Thomas Keller, to discuss assistance for the nation’s independent restaurants with lawmakers. In an interview with Andrew Friedman of the Andrew Talks to Chefs podcast, Chef Daniel Boulud spoke about the conversations, pointing out that the fight to save good food shouldn’t be political.

“We love to cook for everyone. There is no right or left.”

on political affiliations & assistance for restaurants

Beyond legislative discussions, Boulud emphasizes unity with the community as another key to restaurant recovery. He works with Food First Inc. to provide meals and nutritional education to individuals in need throughout New York City, while Chef Kenji López-Alt’s San Mateo-based Wursthall donates thousands of free meals to frontline workers and those in need, and Andrés Clavero and Zach Engel of Chicago’s Galit cooks for the city’s unemployed restaurant workers.

But it’s bigger than just meals for a community in need.

The idea is also to put out-of-work chefs and cooks back to the kitchen, as the #ChefsforAmerica program highlights. Organized by Chef José Andrés, whose World Central Kitchen has been donating over 250,000 meals per day around the nation to families impacted by the pandemic, Chefs for America gives culinary workers across America the opportunity to help produce those meals for their local communities.

Andrés has also been actively talking to politicians about supporting restaurants from other fronts. In a town hall for the Washington Post with Senator Chris Coons (D-Del.), Andrés called for support of the FEED act, which expands SNAP benefit usage and more support for food banks. “We are able to put people to work, we are able to feed the hungry,” he said. “In the process, we put the system up and running, the restaurants can be buying from the farmers. All of a sudden, you don't have a waste. It is a brilliant, 360-degree idea.”

To learn more about bettering your restaurant business, from taking a closer look at your own operational structures as Chef David Chang suggests to establishing a stronger presence in your community, take a look at the resources below.

Preparedness Resources for Restaurant Operators - A collection of guides from the National Restaurant Association, with new topics published every two weeks.

State Restaurant Associations - Find your local restaurant association to learn how to take action in your restaurant and community.

Maximize the Convenience of Your Restaurant

Please provide your email address and get access to more articles.

We have sent you an email in order to confirm your identity.

Please check your inbox and spam folder for an email from EMPLOYERS.

You've reached the limit for non-customers. Request a quote to become an EMPLOYERS® customer and keep viewing all our great content!